Little Nihliesh  is a location in Torment: Tides of Numenera.

Once entered this area, you will see some mutants confront 3 memovira's soldiers, they are the one of the missing patrols you need to look for in Rumblings of Discontent. A crisis is initiated, but you dont necessarily need to fight, talk to the mutants multiple times you can persuade him to leave. (Pay him at least 250 shin, or remind him their leader is not this type of person.)

There is a strange man named Aen-tozen has a maw on him, you can feed him with your teammates , or Wondor standing nearby.

Feed Aen-tozen wont kill Wondor, or you teammate. It creates a portal, and a ghostly being called Kwherezimian coming through it. Which claim to know you long ago, tell him you dont feel the tide around him and your Tidal Affinity skill will be increased by 1.

Feed Aen-tozen again and he can open a portal to Rhin's homeworld, before leaving you, Rhin gives you a God of Finding.

A man named Wonder once helped by you (Changing god), and he is eager to help you. Crimper at north east cornor can teach you how to find valuables from garbage. Learn from him will gain some items, you may also try to steal his songbox but that mean you no value.

Learn from Crimper and you will get an ancient cube, inspect it (require Lore: Machinery, Lore: Mystical) then inspect closely for instructions to power it on. It will reward you 1 Lore: Machinery skill and 1 Intellect pool.

Speaking with Gar-koto will acquire side-quest: The Newborn Maw. He can also hints about Twice the Trouble. 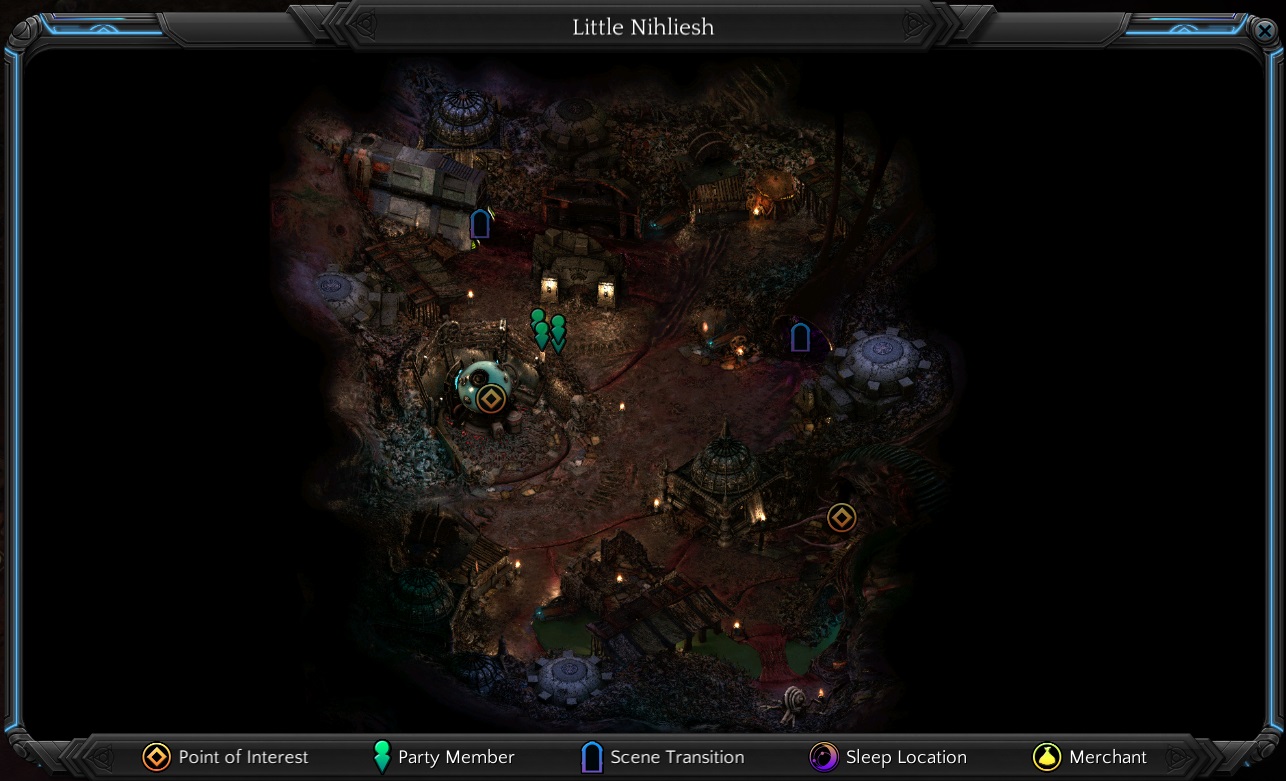