Underbelly in Torment: Tides of Numenera is an area beneath Sagus Cliffs. It is a slum populated by the poor and desperate, sticha, the Dendra O'hur cult and those who don't wish to be found.City's industrial centre also locate here. 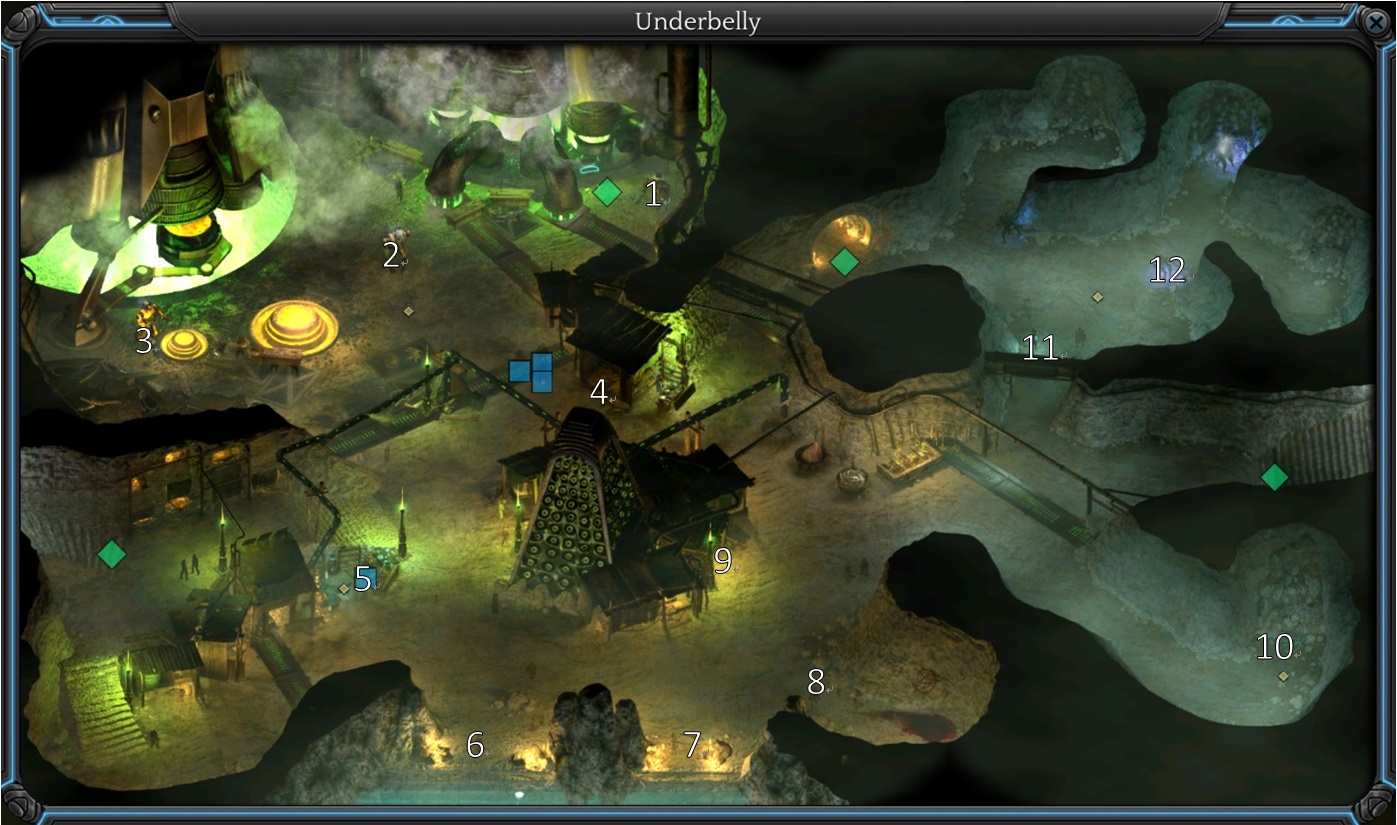 Experience can be gained here:

Items can be found in this area:

Merchants in this area:

Missions in this area: